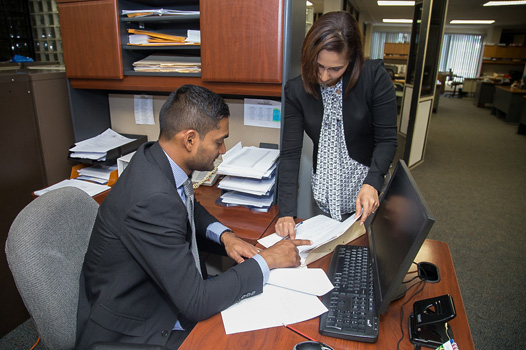 21st Century Insurance & Reinsurance Brokers Ltd. (21st Century) emerged from humble beginnings in 1992. Staffed by three devoted employees and an undying drive to succeed, our founder Chairman and CEO, Mr. Wayne Gosine, sought to build an establishment to rival any insurance brokerage business established in Trinidad & Tobago. His promise – or rather guarantee of being “1st in service,” with equally competitive rates, soon enabled the company to quickly build an impressive and very diverse clientele.

Over the past more than 2 decades, the company has shown consistent and significant growth both in terms of number of clients and gross premium billings. (see graph below). With the opening of 2 branch offices in our twin Republic’s industrial heartland in the south – San Fernando and Point Lisas Industrial Estate, the company sought to better serve and capture a greater market through expansion. Other advances included the addition of highly trained, experienced and motivated professionals, along with the implementation of a fully networked computer system.

These investments not only added to the quality and efficiency of our service, but also gave us a competitive edge over others in the insurance brokerage industry over the years. Further, in an effort to provide world class service tour valued customers, 21st Century has partnered with world’s top International Brokerage firms set us apart from the crowd of players in the Industry. Our ability to win and maintain large Insurance Portfolios is a testament to our professional and aggressive approach in advising as well as negotiating on behalf of our valued clients with regard to various classes of insurances that a business will need, as illustrated in the listing of major insurances sold in “Clients segments” menu. 21st century is the only other Insurance Brokerage company in Trinidad and Tobago to have a cover holder status from the prestigious Lloyd’s of London for its Auto Insurance business. In 2017, we will be celebrating our 25 years (Silver Anniversary) of our successful existence. Today, we can proudly say that 21st Century is a true leader in the Insurance broking industry in Trinidad and Tobago and is striving hard to become a major player in the Caribbean region.